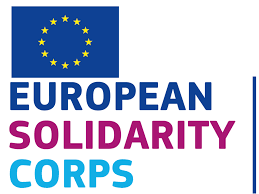 e-Nable Greece designed a project after the urging of young people who are in the autism spectrum and are supported by the NGO “Rethymnon Kypseli” in all its stages. Approved by the Greek Youth and Lifelong Learning Foundation (INEDIVIM) and is financed by the European Solidarity Corps-ESC.

Objectives of the program

The proposed program is aimed at people who are on the spectrum of autism and their course of actions in their education, their daily life and their inclusion in the social and professional arena. The implementation of the project will be carried out with the active participation of young people from the NGO “Rethymnon Kypseli” at all stages of the program. The specific program focuses on the requirements of the following groups:

1. The young people with autism who will be involved in the program.

2. The individuals, beneficiaries of the NGO “Rethymnon Kypseli”.

3. The trainers of the NGO “Rethymnon Kypseli”.

4. People on the autism spectrum and their instructors from other schools, clubs, associations, etc.

Participating young people will develop and improve their skills at a personal and social level, since they will provide work for themselves and for a specific vulnerable group. The project is able to create a series of actions to motivate other young people who are on the autism spectrum and also other members of the local community, developing a spirit of volunteerism in the local communities where they live permanently. In addition, the participants will practice the concept of social entrepreneurship by creating new devices that will benefit the local community or society in general and will deal with new social challenges.

Their engagement with new technologies and 3d printers will benefit them in terms of educational level and development of their social skills. The program aims to improve their daily life and the prospects of social and professional advancement. In particular, they will 3D design and manufacture 5 board games and 5 educational aids and cover the educational needs of people who are on the spectrum of autism. The 3D designs and printing files will be posted on the e-Nable Greece site (www.enabling.gr) and on well-known sites that are repositories of 3D designs such as www.thingiverse.com & www.minifactory.com. All designs and detailed assembly instructions will be published at the same time.